A Little Information About Cycads

The first thing to know about cycads is that they are NOT palms. They just look like palms. The few remaining cycads are just the remnants of the primitive plant family that goes back over 200 million years, and was the dominant form of vegetation during the Mesozoic era (age of the dinosaurs). Cycads are way older than palms.

Growth Rate: Cycads are usually considered very slow-growing. True, some of them are pretty slow, especially if grown in less than ideal conditions. But they can be enticed to move along more quickly if conditions are to their liking. The faster cycads may be roughly on par with the slower palms, and there actually are plants that grow slower than cycads! But the wait is well worth it, as anyone who has seen the magnificence of a large plant will attest. Several species will produce adult-type leaves over a meter long in only about five years from seed, and have a full diameter caudex (stem) by about ten years.

Cultivation: Cycads come from a diverse range of habitats, so one magic formula for success doesn't exist. There is one thing that every last cycad does require, and that is to have an extremely well-draining planting mix. "Water should go out as fast as you can pour it in". Waterlogged cycad roots die, and this can lead to the demise of the entire plant. We use a mix containing 25% by volume of each of the following: course (#12) sand, fine ground orchid bark, fine size perlite, and course peat moss. Above all, don't use a finer sand. A few other generalizations also normally apply. Small seedlings prefer some extra heat in the winter and protection from cold winter rains. Small seedlings don't like to be placed directly out in the sun. It is best to keep them in pots for the first five years or so, until the leaves begin to take on adult character. This allows you to move the plant around, keeping it in the best possible micro-climates following the seasons. Bigger plants are more tolerant of sun and cold and most of them can go safely into the ground (don't forget drainage). A strong-growing cycad can usually can usually stay in a tall one-gallon pot for its first two (maybe three) years, then go into a tall four gallon pot for the next two or three years, following by planting in the ground. There are many exceptions to general guidelines, so always ask if there any particularities about a certain plant when you buy it. A dwarf cycad, for example, may stay in a one-gallon pot the whole time until its ready to be planted out.

But Whoa, Those Prices! Why are the things so darned expensive? Just about everything to do with cycads makes them cost more. First you need a male and a female plant which both decide to produce a cone the same year. The rare cycads don't do this very often (one reason they're rare), and the pollination rate is usually poor. Anywhere from 20 to 600 seeds may be produced by a cone, about 50% of which are actually viable (that's for a good batch). Most cycads grow in leech infested jungles, countries in perpetual civil war, or where the nearest road is 200 miles away (or all of these). A single seed may cost over $20! Commercial trade in many seeds is illegal because most of the species are endangered, and so cultivated plants must be relied upon for seeds. Importing small plants is legal, but permits from the two governments and CITES are expensive, as are the plants themselves purchased from the countries of origin. Sometimes only plants may be imported because of restrictions on trade in seeds. A freshly harvested seed must sit for up to two years to finish developing before it will germinate. Seeds can die if improperly stored. Germination may take another six months, and the first leaf may appear after a few more months. A year after germinating we finally have a healthy two or three leaf seedling, and the growth finally starts to accelerate. Nearly all cycads have defeated efforts at their mass production in these ways. Cycas revoluta and Zamia furfuracea have entered the mass market, mainly because they have been in cultivation a long time and seeds are produced from old plants on large farms. But these are expensive, because of their slow early growth.

We sincerely hope you enjoy your cycads!

We started growing cycads and succulents years ago, and strove to cultivate, expand, and protect our collection. Here you can find the most recently updated list of our inventory, with descriptions and pricing for each plant. All listings are for sale, currently only through Paypal. Also feel free to call us or email at livcycads@gmail.com to set up a meeting at our nursery, or just to keep in contact with us. Thanks! 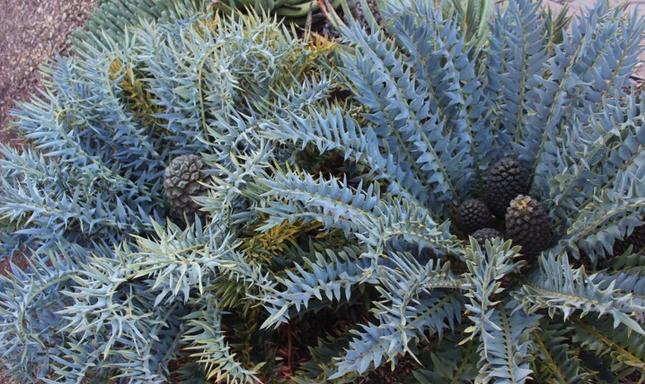